There’s no typical “day at the office” for the men and women of Redmond Fire and Rescue. 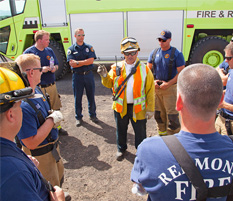 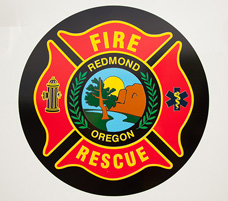 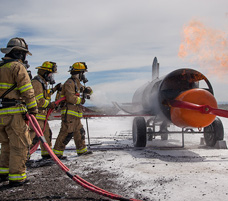 Making bad situations better. That's part of the mission of Redmond Fire and Rescue, one of 14 public service organizations featured in SAIF's 2016 calendar.

The Redmond fire district serves approximately 42,000 people spread out over 280 square miles. The ambulance service covers 320 square miles. But when a fire breaks out or a medical emergency occurs, more than 40 full-time firefighters/paramedics and 30 volunteers are ready to respond.

Specially trained team members also serve as aircraft rescue firefighters (ARFF), working around the clock at the Redmond Airport (see photo). In addition, the district provides public education in the schools and through car seat and bicycle helmet programs.

The dedicated men and women of Redmond Fire and Rescue are among the many Oregonians working to make life better for their fellow citizens. You can learn about others—and see online issues of Comp News, our policyholder magazine.