SAIF safety consultant Luke Betts gets a reputation as a SPY

Luke honored as Safety Professional of the Year by ASSE Columbia-Willamette chapter. 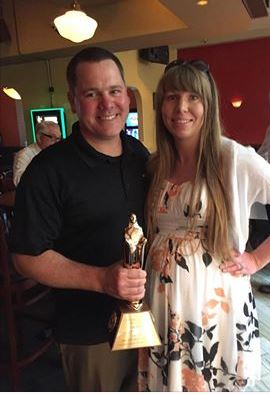 Luke Betts and his wife, Lynn

Luke Betts, a senior safety management consultant for SAIF in eastern Oregon, was honored as the 2016 Safety Professional of the Year (SPY) by the Columbia-Willamette chapter of the American Society of Safety Engineers (ASSE). This award is presented annually for outstanding leadership and service in safety

At SAIF, Luke serves a variety policyholders along the I-84 corridor from Cascade Locks to Hermiston.

Luke previously served as president of the Columbia-Willamette chapter in 2012-13. In that role, he chaired and hosted the 2013 Governor's Occupational Safety and Health Conference in Portland, and also helped earn a national award as the "large chapter of the year."

Luke has served in a number of other ASSE roles and has been teaching OSHA-10 classes to high school students for six years.

"Luke is a dedicated and faithful safety professional with a heart that's fully committed to serving others and doing so with a high level of integrity," said Chuck Easterly, SAIF loss control manager.