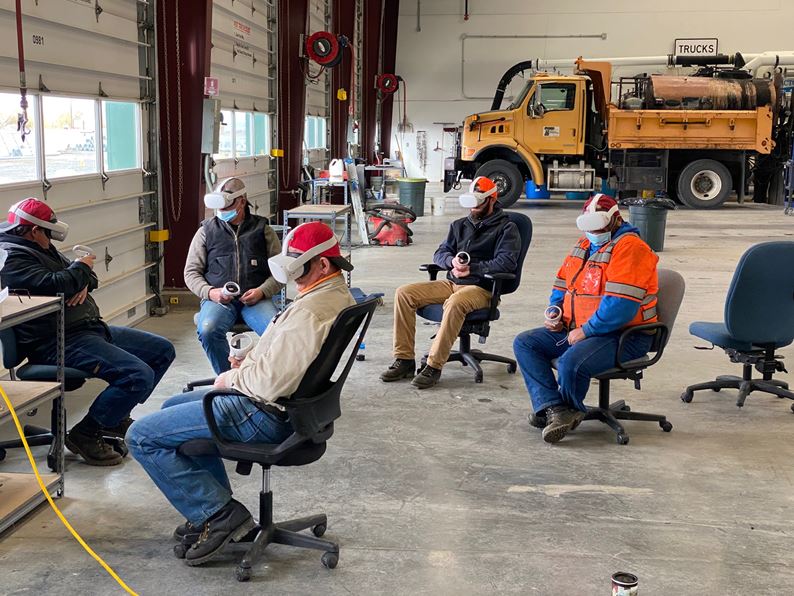 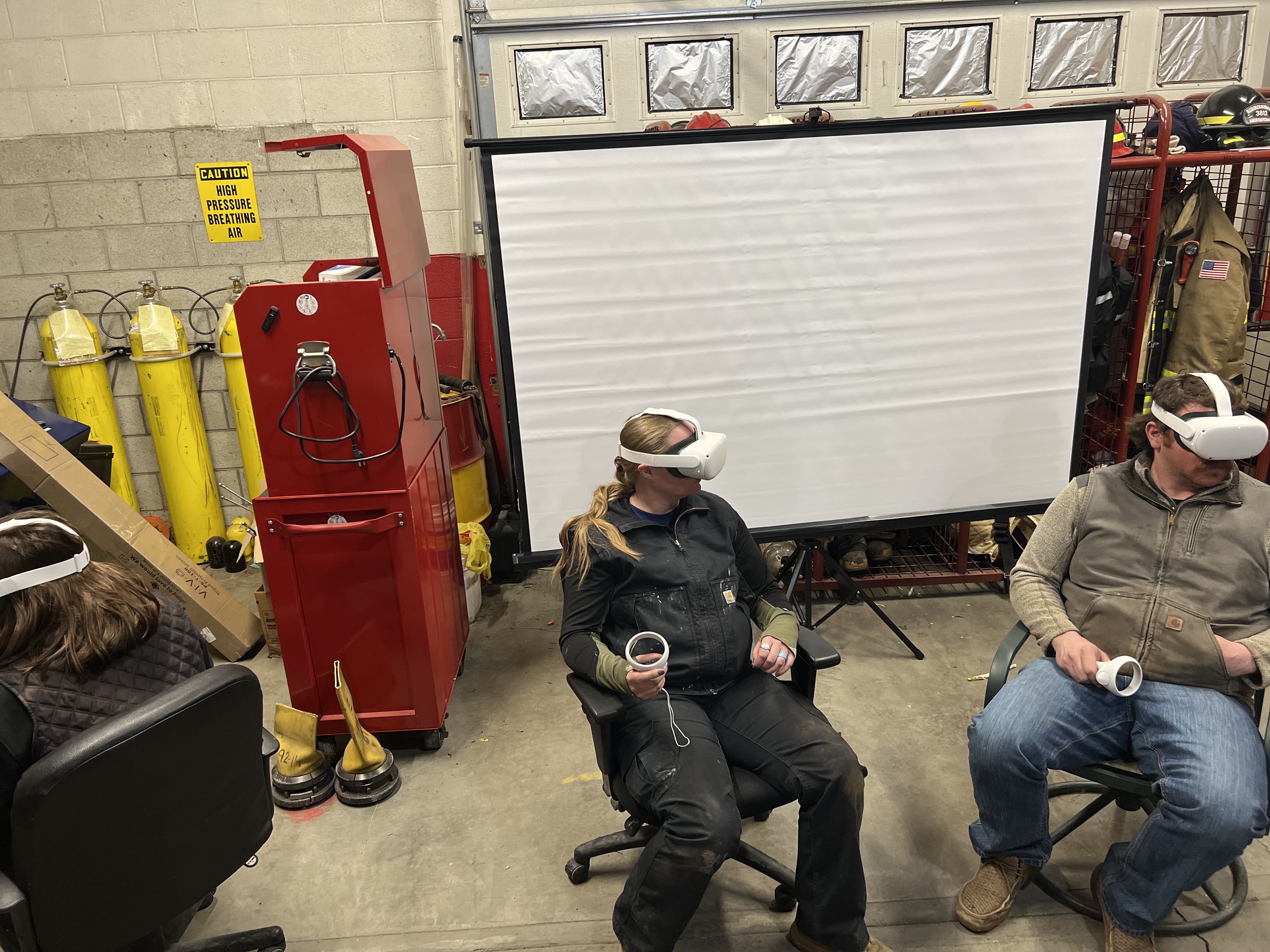 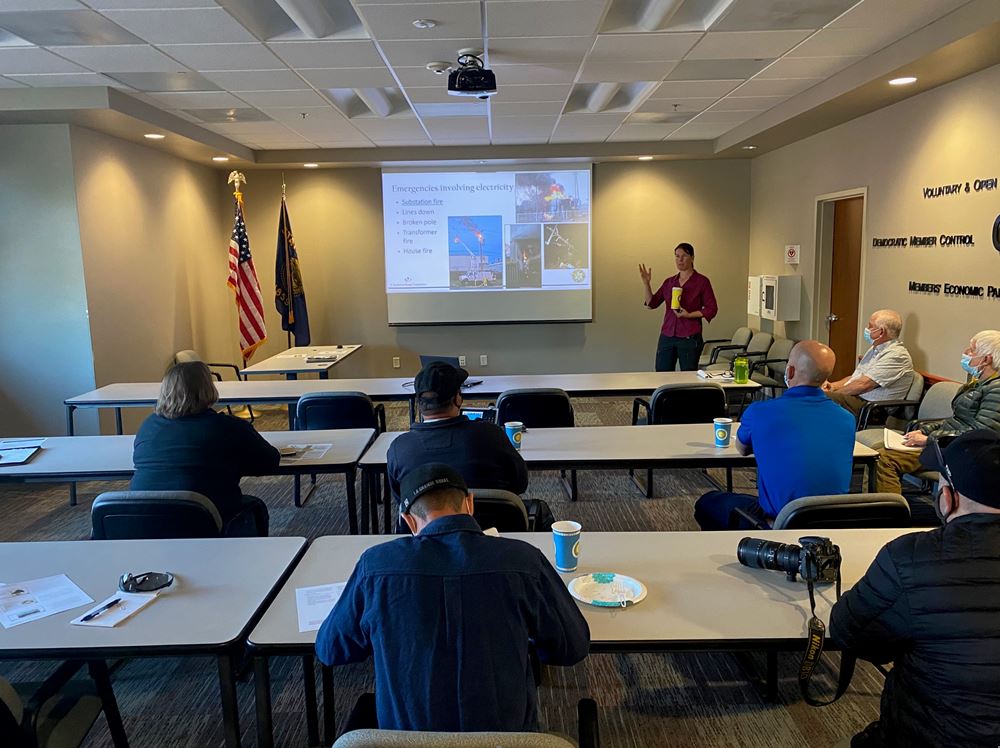 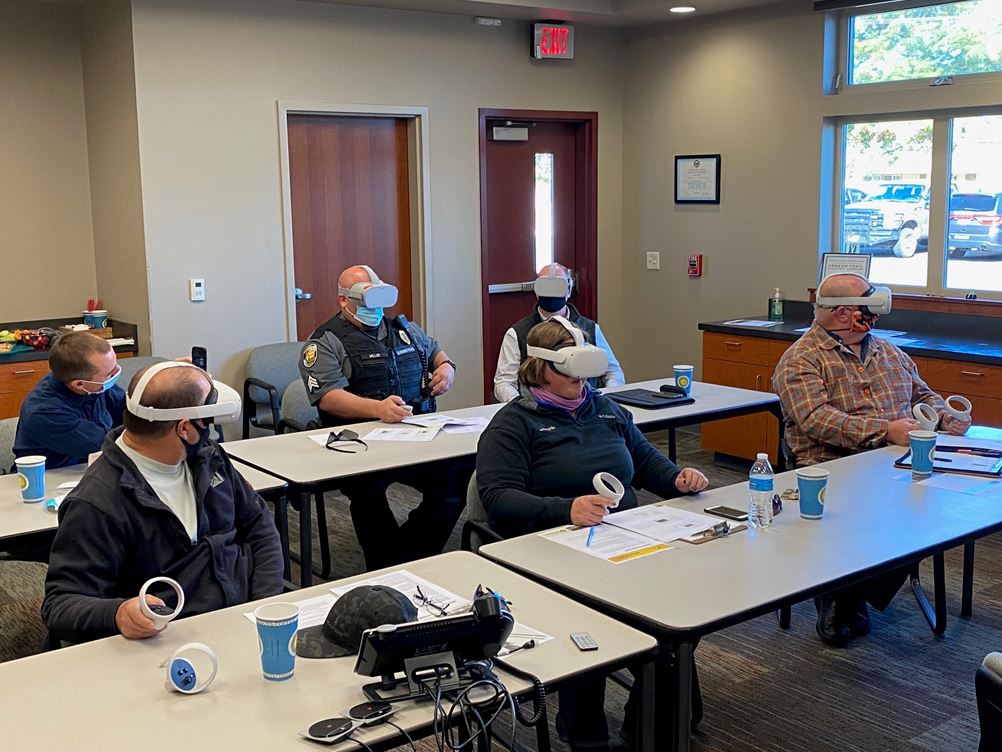 Imagine you’re on shift at the fire station. Your crew just received a call from dispatch about a vehicle that veered off the road and collided with a power pole. At the scene, you spot a black car on the side of the road. It appears to have crashed into a power pole, a piece of which is laying on the road and wires are splayed across the vehicle and ground. As you get closer, you see a woman — scared, confused, possibly injured — sitting in the driver’s seat of the car.

Besides a Good Samaritan driver who called 911, you and your crew are the first to respond to the crash. Your first instinct, of course, is to help the injured driver to safety — but how do you do that without putting yourself at risk of electric shock?

Luckily, you can take your time figuring it out — the car accident unfolding before you is not real. It’s a virtual reality (VR) video that teaches the dangers of electrical accidents and how to respond to them safely.

The video is part of a training program by SAIF policyholder Oregon Trail Electric Cooperative (OTEC) for first responders and other public safety professionals. Trainees watch the video using a VR headset, which offers a 360-degree, fully immersive experience.

“When you put someone in a dangerous scenario, virtually, it’s very valuable,” says Lea Hoover, director of member and strategic services at OTEC. “It’s about information retention. This is the closest thing people can get to a real-life scenario.”

Hoover, with the help of OTEC’s Safety, Human Resources and Operations teams, local first responders, and Golden Shovel Agency, produced and launched the program back in 2019 after OTEC discovered the potential of VR technology, first in economic development and then as a safety training tool. OTEC worked with Federated Rural Electric Insurance to develop the power line car accident video.

“We have a commitment to our members to provide safety training,” says Terry Fischer, OTEC Director of Human Resources. “We are using this training as a way to share it within our communities, partners and nationally. The retention rate looking at a VR video is higher than just watching a YouTube video. You’re in it.”

Data on VR training retention and skill application makes a compelling argument for its benefits. According to Royal Innovative Solutions, a study by Dr. Narendra Kini, CEO of Miami Children’s Health System, found that individuals retain up to 80% of information one year after virtual reality training has taken place, compared to only 20% of information retained after one year by individuals using traditional methods.

Additionally, a PwC study on virtual reality training found that VR learners were:

“Your brain is tricked into thinking you’re living the scenario,” Hoover says. Additionally, distractions experienced in the classroom or while watching a video online are nearly nonexistent with VR.

In 2020, Maaike Schotborgh joined OTEC as safety and loss control manager and she began hosting the hands-on safety training events in communities across OTEC’s membership districts in 2021. The program launched to first responders throughout OTEC’s Service Territory.

“It was great timing to come up with a virtual training solution,” Hoover says. “People are more comfortable with these options than ever before due to many of us working and learning from home during the COVID-19 pandemic.”

Schotborgh often delivers the training at the work locations of first responders. Before trainees watch the roughly 7-minute VR video, she gives a presentation and leads a discussion on electrical equipment, how to recognize energized power lines, and how the safest place for someone who just crashed into a power line is usually inside their vehicle – unless the vehicle could catch fire.

“In a lot of these groups, there are people with varying levels of experience,” she says. Experienced first responders have told her how important it is that the less experienced crew members learn with the VR method.

In terms of measuring the program’s success, Hoover, Fischer, and Schotborgh point to the number of people who have taken the training. Since the program began, OTEC has trained more than 250 professionals. They’ve also gifted headsets to organizations who want to incorporate VR into their onboarding programs.

“We hope it’s being used, because if it saves one life, it’s worth the investment 100 times over,” Hoover says.

OTEC is a not-for-profit, member-owned cooperative headquartered in Baker City, Oregon, with district offices in La Grande, John Day, and Burns. It serves nearly 60,000 residents in Baker, Grant, Harney, and Union counties with a network of overhead and underground lines over 3,000 miles long. You can find out more about OTEC and watch the VR videos at its website: otec.coop.

You can learn more about safety innovations and programs that are assisting SAIF policyholders in their injury prevention efforts at saif.com/safetytech. 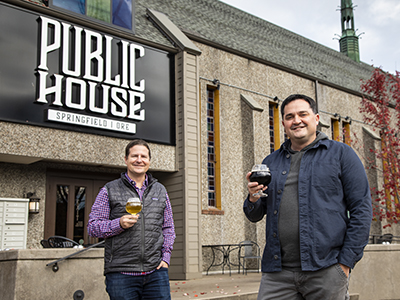 With six food vendors, more than 30 beers on tap, multiple bars, live music, and plentiful seating, it is a family-friendly hub. 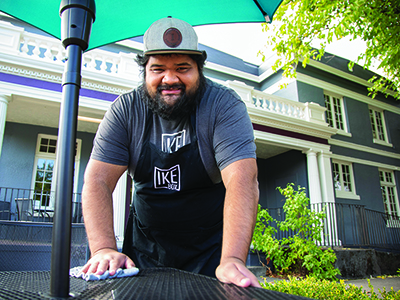 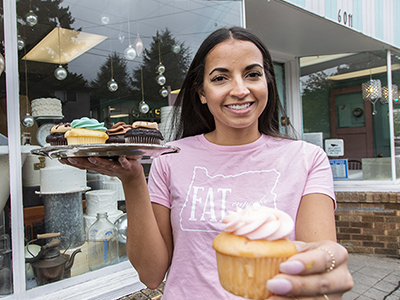 The pandemic hasn’t prevented the bakery from helping their customers celebrate life’s milestones.